Originally, Florida Gov. Ron DeSantis seemed skeptical that legalized sports betting would be arriving in his state. “I’d like to get a deal, but at the same time I’ve got to make sure that what we’re doing is right for Florida,” DeSantis told the Tampa Bay Times back in 2019.

Since then, thanks to COVID-19, the times have changed and so apparently has the opinion that DeSantis holds toward the legalization of Florida sports betting. In recent weeks, the Governor has met with the Seminole Tribe, which controls all of Florida’s casino gambling. He’s also held a meeting with all the stakeholders in the Florida gambing industry, including those involved with pari mutuel wagering (race tracks and jai alai frontons) and operators of card rooms.

The goal that DeSantis has in mind is to get everything on the same page and pulling together in the same direction in order to be able to hammer out a deal that would put sports betting legislation in front of state lawmakers before their 2021 session comes to an end on April 30th.

DeSantis told the Miami Herald that he believes progress is being made and that they are getting closer to reaching an agreement that is suitable to all stakeholders. “We will probably know one way or the other within the next week or so whether we have a path to agreement,” DeSantis said. 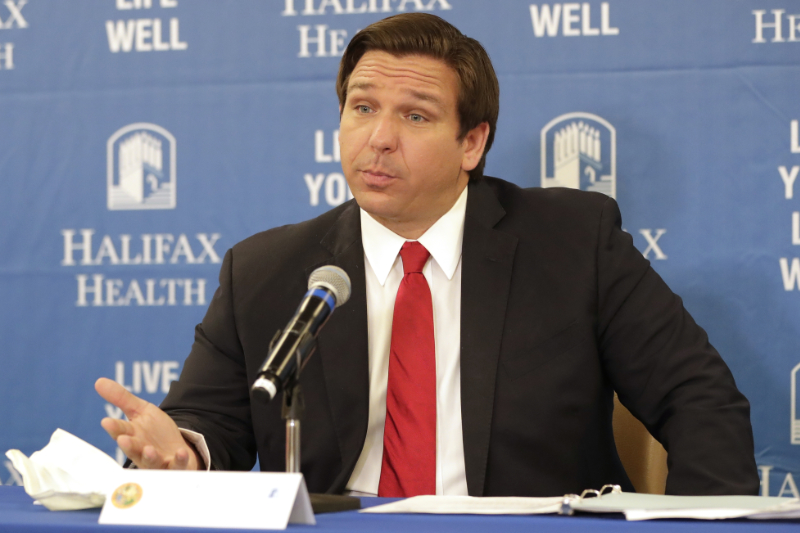 “Gov. DeSantis”  by John Raoux is licensed under CC BY 3.0

Seminoles Are In Control

There’s no hope at all for the legalization of sports betting to come to fruition in the Sunshine State if the powers that be can’t convince the Seminole Tribe to get on board with the idea. A federally-recognized tribe, they operate six of the larger casinos in the state of Florida, including both that carry the Hard Rock brand.

Until two years ago, the Seminole Tribe contributed approximately $350 million annually in exchange for exclusivity on gambling operations in the state of Florida. However, in 2019, when Florida gave permission for race tracks and jai alai frontons to operate banked card games, the Tribe brought a halt to those payments, believing that that state had violated their agreement by allowing these locations to conduct these card games. Their claim was supported in court.

A prominent Florida athlete and the former first family are both playing a role in the ongoing Florida gambling legislation battle. Eric Trump, son of former President Donald Trump, touted the viability of their Doral Golf Course as a site for a casino.

“Many people consider Trump Doral to be unmatched from a gaming perspective – at 700 acres, properties just don’t exist of that size and quality in South Florida, let alone in the heart of Miami,” Eric Trump tweeted to the Washington Post.

Meanwhile, South Florida billionaire real estate mogul Jeffrey Soffer, who is seeking to get a casino for the Fontainebleau Hotel in Miami, enlisted the help of Florida’s most famous athlete – Tom Brady, who just quarterbacked the Tampa Bay Buccaneers to the Super Bowl, joined a gathering of Florida’s political movers and shakers on Soffer’s yacht. 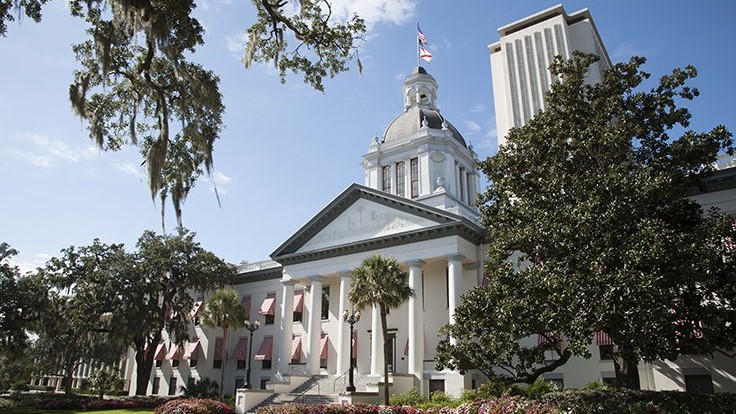 “Florida Capitol Building”  by pertert2 is licensed under CC BY 3.0

Much To Be Decided

As the third-largest state in the USA with a population of 21.48 million people, the potential for revenue from legalized sports betting in Florida is massive. And that’s without taking into account the massive tourism industry in the Sunshine State. Estimates are that 131.4 million people traveled to Florida in 2019.

However, despite the obvious financial benefits that sports betting could bring to the state, there are still numerous stumbling blocks in the path of the legislation moving forward.

Republican Travis Cummings, who serves as House Appropriations Chairman, isn’t confident that all of the hurdles can be cleared to get the framework of a deal in place by April 30th.

“I still think that issue would have a long ways to go at this point in session,” Fleming said.