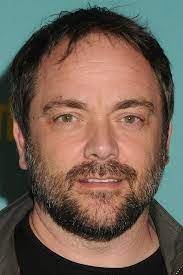 An English actor and musician by the name of Mark Andreas Sheppard. He frequently receives credit as Mark A. Sheppard. Sheppard is well known for his role as the demon Crowley on Supernatural as well as his recurring parts as Romo Lampkin, a lawyer on the Battlestar Galactica reboot, James Sterling, an Interpol agent, on Leverage, and Badger, a small-time crime boss on Joss Whedon’s Firefly.

The actor W.’s son Mark Sheppard, son of Morgan and Regina Lisa Sheppard, started playing professionally when he was 15 years old. He spent many years touring and recording with bands including Robyn Hitchcock, the Television Personalities, and Light a Big Fire from Ireland. On the second album by Light a Big Fire, Mark performed drums. He worked as a studio musician in Europe, producing albums for numerous bands before relocating to Indonesia.

Sheppard played the lead role in the Billy Hayes-directed American version of the play Cock and Bull Story, for which he received multiple honours, including the 1992 L.A. Along with the LA Weekly, Dramalogue, and the Drama Critics’ Circle awards.

Sheppard has appeared on several television shows, including The X-Files’ Fire episode, Soldier of Fortune, a year on Jerry Bruckheimer’s action drama, The Practice, The Invisible Man, Special Unit 2, Among others, CSI: Crime Scene Investigation, CSI: NY, The Chronicle, AG, Star Trek: Voyager, Monk, and Las Vegas. He played a demon named Arnon in the Charmed television episode “Witches in Tights. He portrayed a semi-comical cockney-style crime leader named Badger in the short-lived Joss Whedon television series Firefly, and he was later chosen to play Paul Ballard’s condescending FBI supervisor in Dollhouse, another Whedon production. On Medium, he played Patricia Arquette’s reincarnated Jack the Ripper-style serial killer adversary, and he made an appearance as a villain in season five of the Fox television programme 24. He played Romo Lampkin in seasons three and four of Battlestar Galactica, and he played Manservant Neville in the ephemeral The Middleman on ABC Family. On Bionic Woman, he played Anthony Anthros; on Leverage, Sterling the antagonist; on Supernatural, Crowley the King of Hell; and on an episode of Burn Notice, Tom Prescott the bank robber.

Both as the Director of the Ring criminal organisation in Chuck and as a wicked master forger in the White Collar premiere episode, he made an appearance. In the SyFy television series Warehouse 13, he portrayed Regent Benedict Valda. Canton Everett Delaware III is a character he plays in the 2011 Doctor Who episodes The Impossible Astronaut and Day of the Moon. Sheppard returned to White Collar in October 2013, reprising his 2009 role as master forger Curtis Hagen.

His acting credits also include the romantic comedy Lover’s Knot, the Russian historical drama Out of the Cold, the thriller Unstoppable, and the dark independent Broken with Heather Graham and Jeremy Sisto. He played Guildford Four member Patrick Armstrong in the Jim Sheridan film In the Name of the Father alongside Daniel Day-Lewis and Emma Thompson. He appeared in New Alcatraz and Megalodon as well.