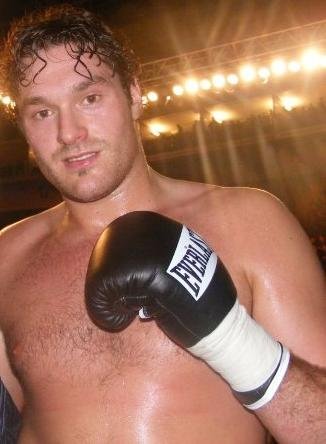 Tyson Fury is the name of boxing at the moment. The Gypsy King has not just inspired fight fans but has also inspired many who are battling with drugs and mental health problems. He was born on 12 August 1988. His age is 34 years.

After defeating Wladimir Klitschko in a unified heavyweight title match in 2015, drugs and medal health problems forced Fury to remain far away from his beloved boxing.

Most of the fight fans and pundit at that time saw no chance of Tyson’s comeback.

In January 2018, Fury announced his comeback. After just two fights, the Gypsy King played a controversial draw with Deontay Wilder where many believed that Fury was robbed by the judges.

His triumph in the United States of America (USA) inspired many people around the world.

He hails from a Gypsy family. He proudly represents the Gypsy culture.

John Fury, the father of Fury, is a retired professional boxer. His mother’s name is Amber. Shane Fury and Tommy Fury are his brothers. John Fury named him ‘Tyson’ because he was a huge fan of legendary boxer Mike Tyson.

Tommy Fury is also a professional boxer. He competes in the light heavyweight division and is also unbeaten like his half-brother Tyson in the professional market.

Paris Fury is Fury’s wife. Tyson met Paris for the first time when he was 17 years old. In 2008, they married at St. Peter in Chains Catholic Church in Doncaster, England.

The fun-loving couple is blessed with five children together: three sons and two daughters.

Other than fighting to provide the Gypsy community a better life, Fury has now been seen as a global ambassador for tackling drugs and mental health problems. His journey of making a great comeback has changed many human lives. Prince Naseem Hamed is Fury’s favorite boxer from his home soil. He is an active football fan. He is a huge fan of Manchester United. His knowledge about the history of boxing is just second to none. Tyson calls himself a boxing historian.

Behind the Mask is the autobiography of Fury. It was released in November last year. In his autobiography, Fury mainly talked about his industrious boxing journey and a great fight against mental health issues

Tyson Fury has won every belt in his 31-fight career in the professional business.

Fury trained with UFC star Darren Till in 2019. England’s Darren Till thinks that Fury holds a great chance to shine in the Ultimate Fighting Championship (UFC).

The Gypsy King, The Furious One, 2 Fast are the nicknames of the Tyson Fury. The Gypsy King is his most famous nickname.

We all can learn many things from Tyson. His never say die attitude makes him different than others. Life can give us many chances of making comebacks. Without a shadow of a doubt, Fury is a fantastic modern-day example of it.